WHO KNEW ABOUT TODAY

ENTRANCE TO THE NEW  AGE

ADVENT OF THE NEW MIND

Pacal Votan of the ancient Mayans dating back to

A new earth and a new mind.

He actually predicted when this great change would begin.

It took numerologists to figure out his numbers but they finally

did, and what did they come up with?

The beginning of the great change was to take placeplace on

THAT DATE WAS THE COMPLETION

DATE OF PISCES THE CHANGE WAS

THE BEGINNING OF AQUARIUS

Pacal Votan's philosophy was, if you hurt nature, nature

have to say we are in the midst of it.

But who was this man?

PACAL VOTAN AND THE UFO

Thousands upon thousands of years ago, legend has it that a UFO

They landed there under the direction of one who legend has named Thoth. 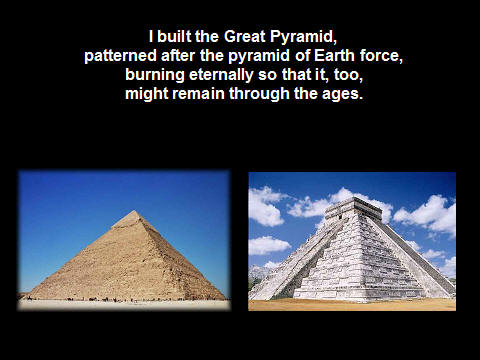 you see a Mayan pyramid .

begin civilization work with beings living on the earth at the time.

and the land of the Mayans.

The land of the Mayans what we identify today as Guatemala, Belize,

area.  Here is a Mayan pyramid. 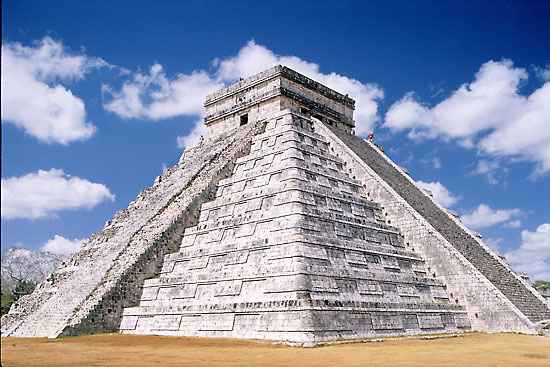 He sends forces out in all directions and suddenly Pyramids beging

to be seen in Mayan territory  and as you will see below, Pacal Votan

is pictured in what looks like a space ship.

of what he looked like. Look at it and tell me what does it look like to you.

Does it look like Pacal in a space ship? To me it does.

And if it is, then we have an alien from another dimension making

a prediction in 600ad, of a great change to come upon us starting

ABUSE AND NEGLECT OF NATURE

Pacal Votan knew that the obsession with the material things would

cause us to abuse nature, and he predicted that the great change

would come to correct the course of the human mind upon the earth.

We have been destructive towards the earth and abusive to the animals.

HAVE WE POURED GASOLINE ON THE FIRE ?

If you have a fire in a building that's bad.

But if that building is storing paint, or gasoline, that's much worse.

The concern has to be on conditions that may contribute to the problem.

A hurricane is bad but a hurricane that is fueled by very warm water is much worse.

Global Warming, Climate change, can be difficult but when you feed it with

carbon into the atmosphere and the oceans, it would be like the paint or

gasoline in a burning building.

THINGS ARE NOT THE SAME AS THEY  USED TO BE

nature people lived in 100 years ago.

WE HAVE THE CONVENIENCES THAT SERIOUSLY IMPACT THE ENVIRONMENT

They did not have the conveniences we have today,

but they also were not  impacting the environment

as we are today.

Starting 100 years ago we began developing all kinds of

amazing things that have changed the environment we live in.

PACAL VOTAN PREDICTED THIS IN 600AD

culminate in a change of earthly existence

brought upon the earth, and upon nature, and its wildlife.

These were Pacal Votan's words as recorded by the Mayans.

Humanity would become disconnected from the laws of the

natural world and would fall ignorant of our sacred interdependence

He foretold of our accelerated technological society and the resulting

damage from our collective divergence from natural law in exchange

the great change to come upon the earth starting December 21 2012.

have to consider that he was absolutely right.

Even as we have contributed to global warming testify's to his words.

WHEN WILL WE EVER LEARN?

As Bob Dylan said, when will we ever learn?

PACAL VOTAN POINTED TO 2012 AS THE BEGINNING

THERE IS CONFUSION AND TURMOIL ON THE PLANET

BOTH HUMAN AND WEATHER, AND IT SEEMS TO

OUT OF CHAOS COMES CREATION

WHAT HAPPENED IN 2012 AND WHY IS IT SIGNIFICANT?

This is from Lawrence Joseph of St. John's University 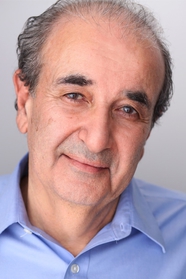 Part of the 2012 mystique stems from the stars.

On the winter solstice in 2012, the sun aligned with the

This means that whatever energy typically streams to earth

from the center of the Milky Way was disrupted 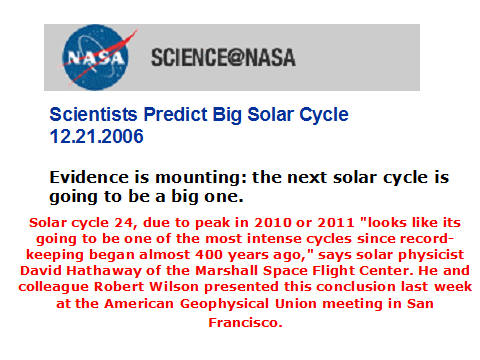 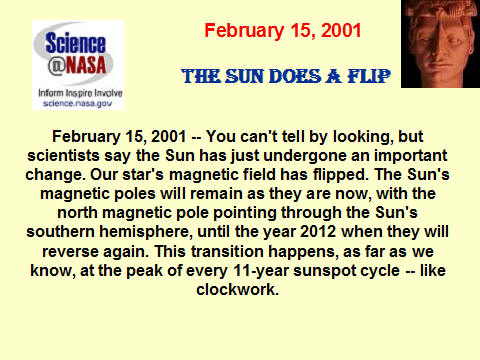 So it's not just Pacal Votan who predicted serious earth

events during this time.

from 2000 years ago to NASA of today, take a look again at the carving

that is on the cover of what is supposed to be the tomb of Pacal Votan.

OUR CONCERN HAS ONLY BEEN WITH

PACAL VOTANS CONCERNS WERE THE SAME AS JESUS.

WE BECAME SO EMBEDED INTO THE LEFT SIDE THAT

WE LOST TOUCH WITH THE RIGHT

The problem that Pacal Votan saw, was that when we began

to invent all of our amazing technological things that put

electrical energy and industrial pollution into the atmosphere,

we would get so consumed in the corporate materialism ,

that we would forget our responsibility to live in harmony with nature.

THE BIBLE SPEAKS OF WHAT HAS BEEN AND WHAT MAY BE 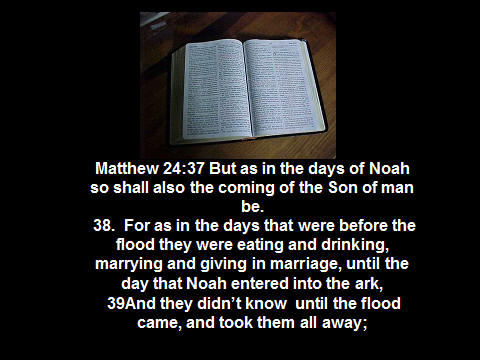 READ ABOVE: HUMAN NATURE WILL

NOT HEED THE WARNING.

JUST CONTINUE HAVING A GOOD TIME, UNTIL

SUDDENLY EVERYTHING IS GONE

There is not going to be a flood such as Noahs,

The scripture is  the mythology of nature,

to tell you a deep and meaningful truth.

IS IT TOO MUCH FOR YOU?

YES IT TRULY IS.

You have every right to say, this is too massive, I can't stop this.

NOBODY HAS ASKED YOU TO DO ANYTHING BUT

You have been asked to prepare yourself for whatever happens

by reuniting the connection between you and the higher mind,

between you and what you call God.

Which truly is between you and nature.

WE MUST ACQUIRE A NEW INSTINCT

The only way on the face of the earth to do that, is to open yourself

up to the right hemisphere of your brain in meditation,

so that you may receive the electro magnetic information,

as to what to do as the time gets closer.

THE INFORMATION YOU NEED COMES FROM PHOTON

AND THE ONLY WAY YOU CAN RECEIVE FROM PHOTON

There is no other way that the information can come

to you and be placed in  your mental computer machine

There is no one who can talk to you or show you anything, etc.

Well  we have been told by  the ancient Pacal Votan in 600ad,

MEDITATION TO RECONNECT THE NATURAL INSTINCT WE HAVE LOST

and religion telling us this is going to happen and that

is going to happen and we have to do this and that.

But we can't get into politicians, and pastors and newspeople,

we have to get into ourselves.

That is the only way

what came forth from the Biblical Jesus.

SIT IN THE DARKNESS 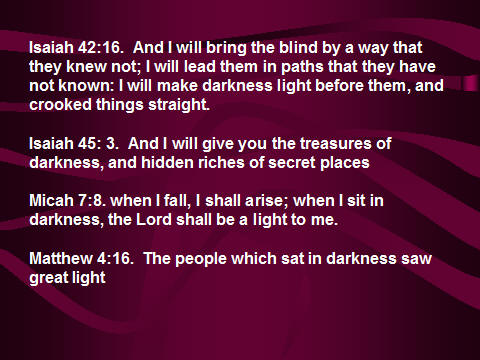 There is a promise from the light within you.

The people on the outside have abused the earth as Pacal Votan said.

WE ARE FINISHING UP HERE

We are finishing up here but before we do

I wanted to share an amazing truth with you.

Something about you and the power within you. 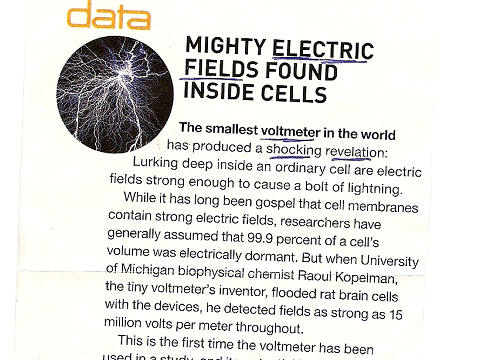 INSIDE AN ORDINARY CELL ARE ELECTRIC FIELDS

STRONG ENOUGH TO CAUSE A BOLT OF LIGHTNING.

Electric fields within cells that are strong enough to cause

a bolt of lightning are inside of your body.

15 MILLION VOLTS IN ONE TINY CELL IN YOU AND ME

GO OVER IT WITH YOU JUST BELOW

IT'S REALLY WORTH THINKING ABOUT

WHAT IT SAYS ABOVE IS

THERE IS MORE ELECTRICAL FIELD STRENGTH IN ONE OF YOUR

CELLS THEN IN A TYPICAL HOME

The last line is amazing.

Why do such strong electrical fields exist inside our cells?

WE KNOW DON'T WE?

This electro magnetic power within us is to the supreme photon,

we call God, and now we know to all of our  amazement,

that we have enough electrical power within one of our cells

to generate a bolt of lightening.

Remember Pacal Votan did not predict the end of the world

but rather the end of the age.

A cleansing of the ways the earth was violated.

We can prepare ourselves now by a change of mind

through meditation to move into the new age as the old

If you do you will have nothing to fear.

For we will be guided by the Christ light within us.

We will see together.

It's not the end, it's truly just the beginning.

CAN THIS BE OUR PRAYER TO ONE ANOTHER ?

May we who enter this new creation understand

what we have done and dare not repeat it.

May we instead live in harmony and compassion with nature

Bill   if you can help   http://www.hiddenmeanings.com/helpingout.htm